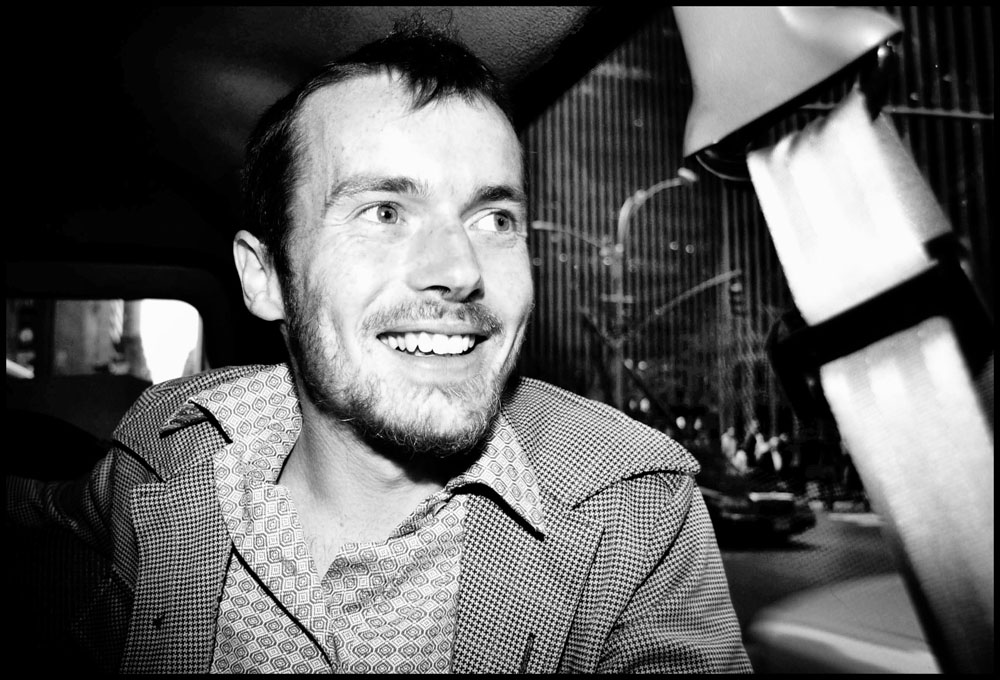 I remember it well... The first time that I saw.  He was wearing a duffel coat the color of sand, hood-up like a monk. It was a winter night in Mullingar and Damien Rice was opening a show for a songwriter called Hally, who had just released an album called "A fascination with Poppy". I was around seventeen years old, with a great love for music, but no particular interest in songwriters. But something about this Rice guy caught my attention. It may have been his intensity? his voice? the songs? Probably all three. There was  a sense of mystery about him, a story... That story was that he had walked away from a band seemingly on the edge of success (Juniper), travelled around Europe, and even spent some time living as a farmer in Tuscany. So far, so romantic. 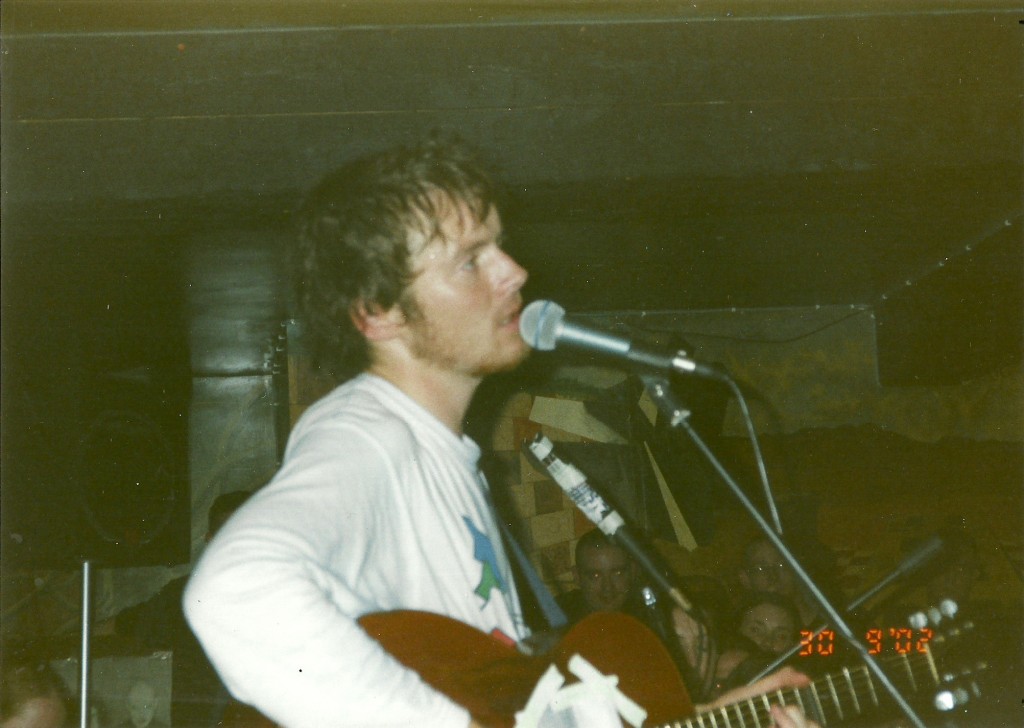 The one song that stood out in those early shows was always "The Professor". I had never heard anything like it in my life. This song was a game changer for me. I had spent most of my teens listening to instrumental electric guitar music, so I had very little interest in things like acoustic guitars or lyrics. But here was this guy throwing absolutely all of himself into these songs, creating moments, little bubbles of time where you forgot about everything else and just got lost in the music and the imagery. I was captivated - "Loving is fine when you've plenty of time for walking on stilts at the edge of your mind" - It's like a switch was flicked for me. The human voice with the right words was a powerful thing.

Every time I watched him perform I was a little bit more hooked. This was whole new musical language for me... Damien's music turned me on to a whole new world, a world with Bob Dylan, Jeff Buckley, Neil Young, Nick Drake etc. But Damien was playing in my own town, and quite regularly too. Every time he played, more people came. He played all different kinds of shows. One time there was a "boys" only show, just Damien, Shane (Bass) and Tomo (Drums). They shook the the roof off of our little venue! This was followed a couple of months later with a "girls" show, this time Damien was joined by the very beautiful Lisa Hannigan - whose voice and presence gave so much to his songs - and Vyvienne Long playing cello, another essential piece of the sound. It was always changing, light and dark, every show was special and we kept coming back for more. 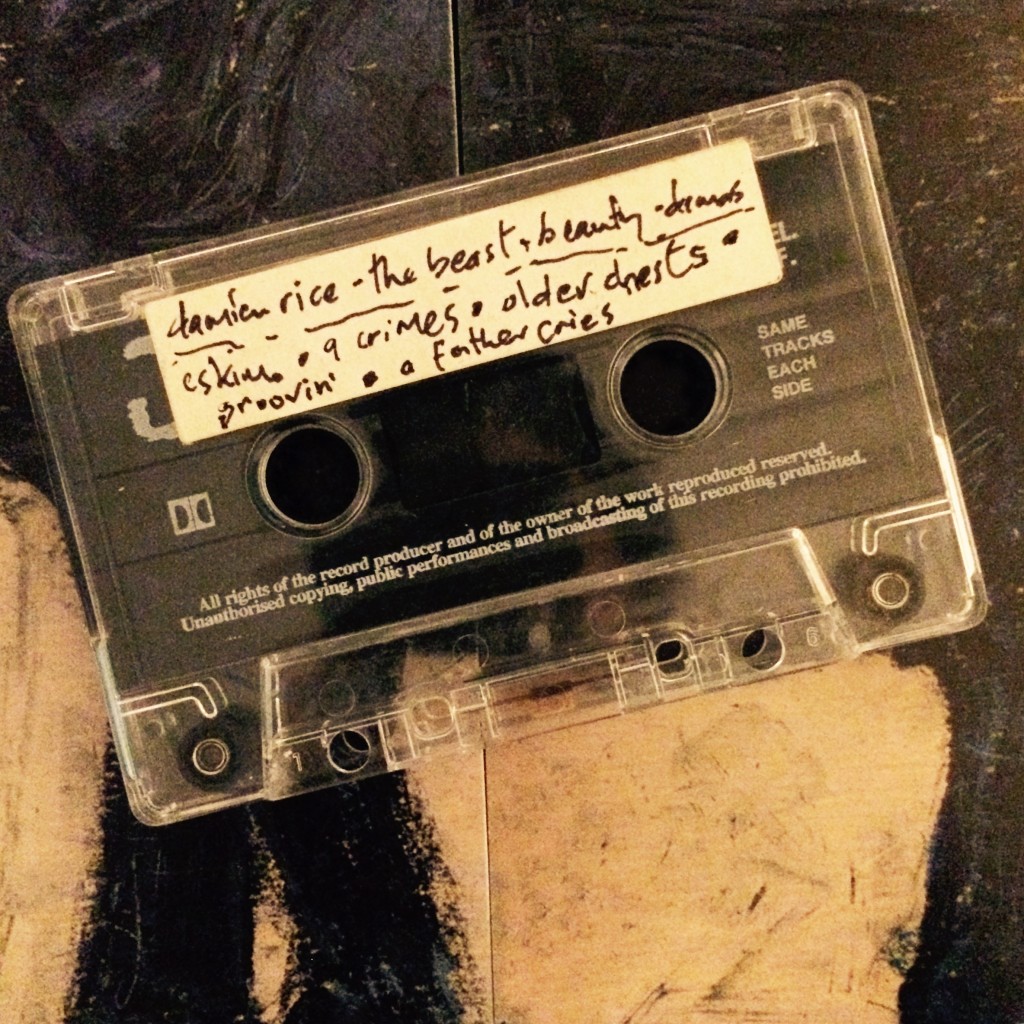 This was before "O", before YouTube. The only recordings that I could listen to were on a cassette tape called "The Beast and Beauty demos". Damien had handed out some of these at one of his first Mullingar gigs. My friend Paddy had got one and, seeing how obsessed I was becoming, gave it to me. I played this tape to death. The Blower's Daughter was on there, Amie, 9 Crimes, Groovin', Eskimo etc.  I somehow got my hands on an acoustic guitar and started figuring out how to play as many of his songs as I could. At some point Damien found out that I could play some of his songs (maybe I told him) and he invited me to join him on stage a couple of times. This was an amazing experience. 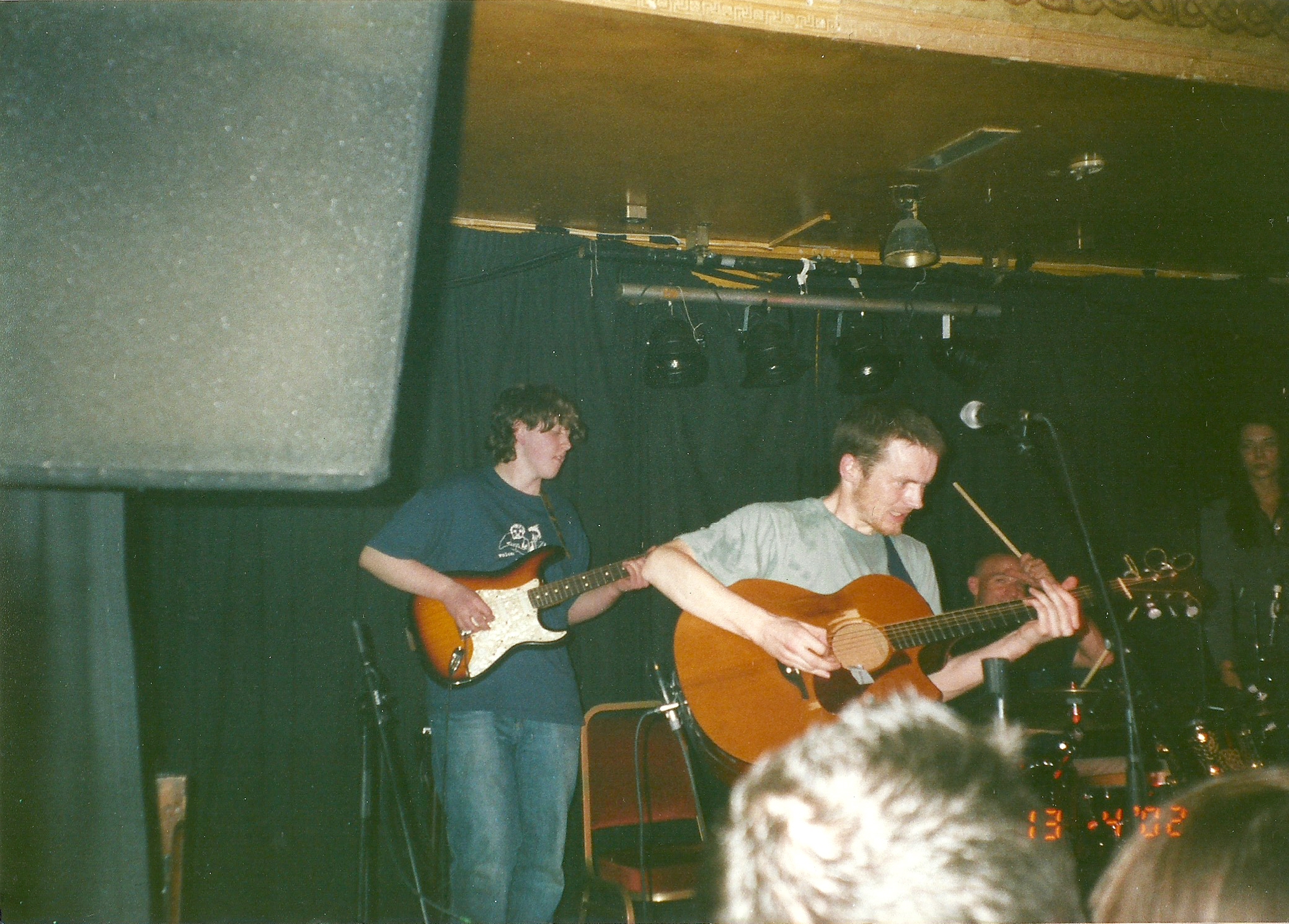 On Stage with Damien & Band in Whelan's, Dublin.
I was nervous, my hands were shaking so much when I got on stage that I could barely get the guitar lead into the guitar! Think I played the song okay though after that. 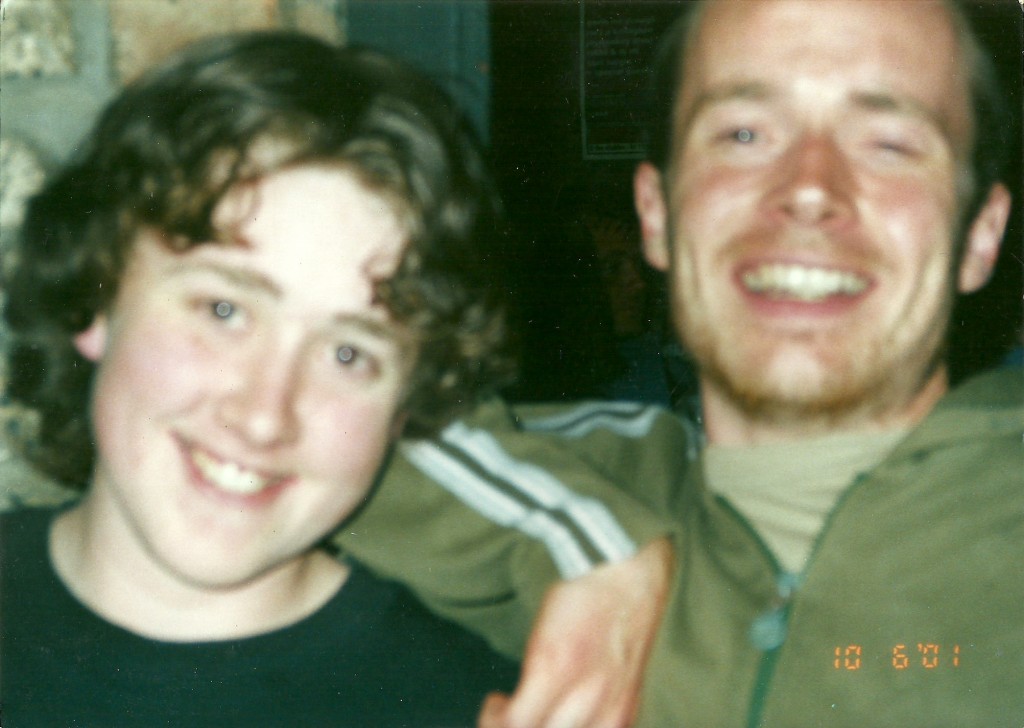 But even far back in the very early days there were times where things were less than perfect in the DR camp. One time Damien was booked in for a full band show at the Stables in Mullingar,  there was apparently some kind of falling out among the band - I don't know the details nor do I want to guess at them - that night Damien showed up and played the show solo. Earlier that day, the band were supposed to give an in-store performance in the music shop that I was working in at the time, but because of the band problems / arguments, the in-store was canceled. One thing I remember clearly, more than the actual show, was that Damien felt really bad about not showing up for the in-store. He walked with me across town to apologize in person to Gary, the shop manager, for letting him down. He promised that he'd make it up to him.

Something magical was happening, and that magic was getting bigger all the time. It was fascinating to watch Damien go from playing tiny gigs in Dublin to selling millions of records and selling out huge venues all over the world. We got to see so many little steps along the way, the fuse burning up to the grand explosion. I have so many memories of that time; Hearing Delicate for the first time in a tiny tiny vegetarian café in Dublin, getting knocked out by "Cannonball" the first time he played it at the Temple Bar Music centre, getting a call from Damien one night that I missed a gig because I had an important exam the next day. I'm thankful for all of this. 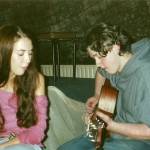 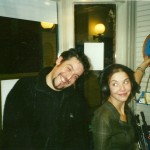 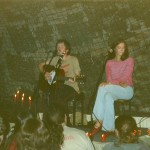 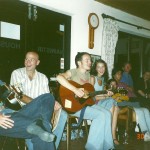 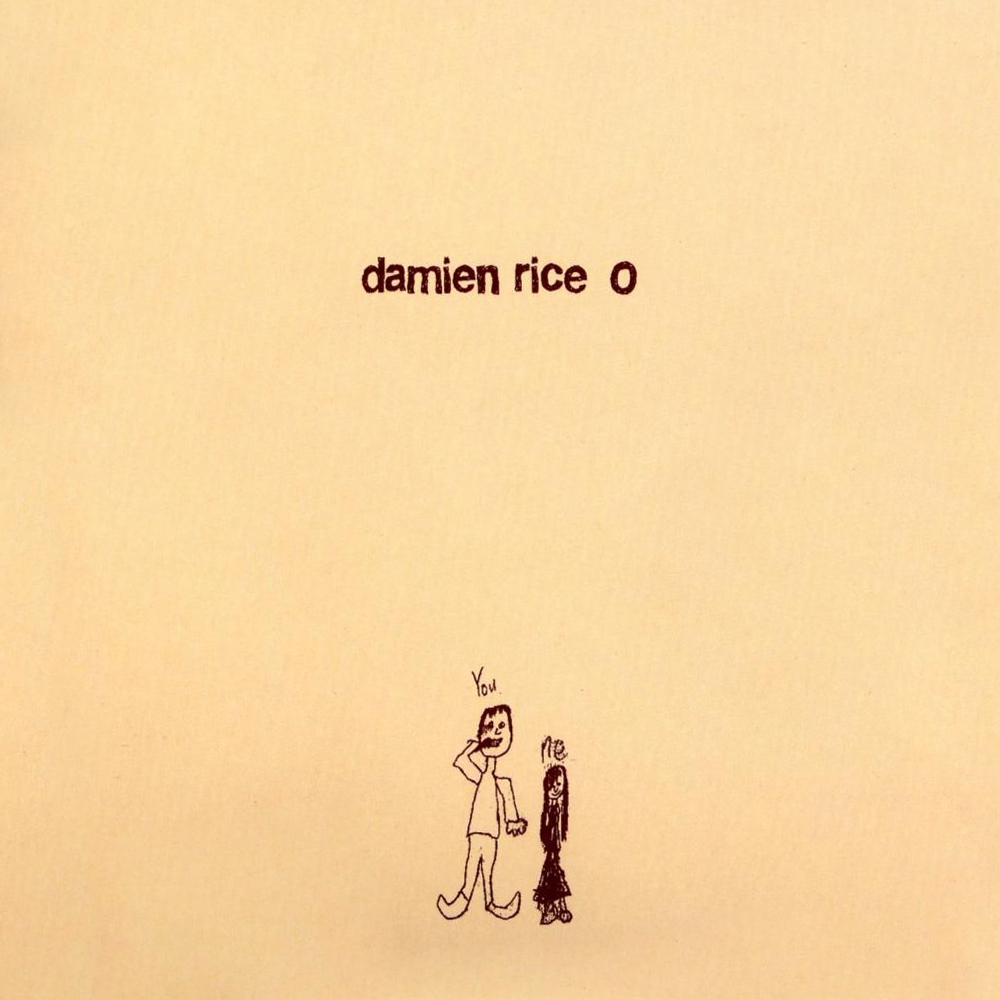 It remains one of my favourite albums of all time, and although I know it inside out, when I listen now I am as moved as ever. It's a classic, no-doubt. If you don't know this record do yourself a favour and get your hands on a copy right now.

After O, I continued to go to as many shows as I could. Mostly in Ireland but a couple in the UK. I remember going to a show at The Hammersmith Apollo sometime after the release of his second album "9". Before the show the queue stretched in a coil around the venue and back into the streets. That was it. The guy was a phenomenon. I think this show was one of the first that he played after Lisa had walked out / was sacked mid-tour. It was a very charged atmosphere.

After this I more or less watched the journey from a distance. 9 was a good record with some exceptional songs on it, songs like 9 crimes, grey room, me, my yoke and I etc. are among his best, but I had been listening to those songs for years. I thought the newer songs on there were good but lacked the magic of the first album. By Damien's own admission 9 was an album he felt pressured into releasing. When the touring for "9" wound down, Damien more or less disappeared from view. And he stayed out of sight... for years. From time to time he'd play at a charity event, or a festival, or a hotel lobby, or seemingly materialize on some bridge in some European City to play for whoever was there. This how it seemed, watching from a distance anyway. He had gone full nomad. In these years he was writing, and living and listening, trying to get clear. He was completely rethinking his thinking... falling apart authentically so that he might begin again.

It seemed unlikely that he would ever release another record. It was sad. I was sure this guy was going to be "the next Bob Dylan". Now It looked like he had been gifted this one absolute golden period of songwriting and that was it. Of course, even if he never made another record, he had still given more to the world than most songwriters / creatives could ever hope for.

But then, last year there were rumblings that there was a new album coming... The rumblings grew louder and louder, and louder, until it was officially announced. Damien Rice would release his first album in eight years "My Favourite Faded Fantasy". By now so long had passed I had no idea what to expect. The first album teaser video was released, a snippet of the title track... it was good, damn good.  The next song that was made available was the beautiful "I don't want to change you". Holy Shit, this confirmed it, he was back! It was Damien, but different somehow. His voice was as good as ever and the recordings were better than before. The string arrangement on "I Don't Want To Change You" is pure soul and the groove and sound of the drums is killer. I've listened to the album many times since it's release and it's a wonderful piece of work. I'm not going to write a full review of the album here as there are enough of them out there in Internet land.

I don't know what the next part of the story is for this soldier on the road to nowhere, but Damien has said in recent interviews that he's already working on the next album. Well you never know... 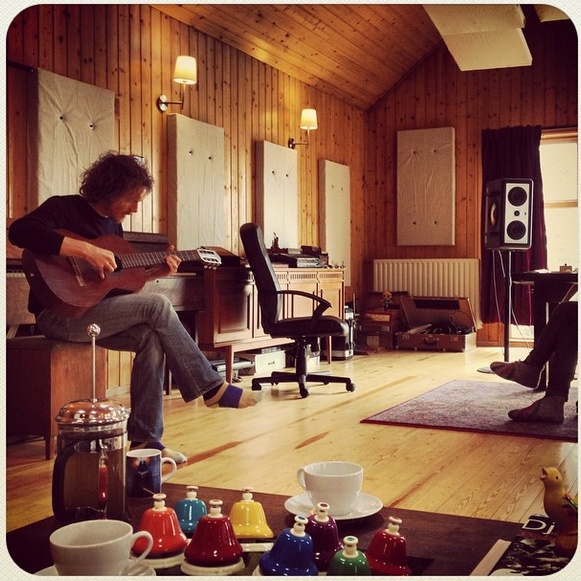 
Five Essential Non-Album Damien Rice Songs:
1. The Professor
2. Give the World another Fool
3. Sand
4. Woman like a Man
5. Prague

Further watching - It takes a lot to know a man:
This is one of the best  Damien interviews I've seen