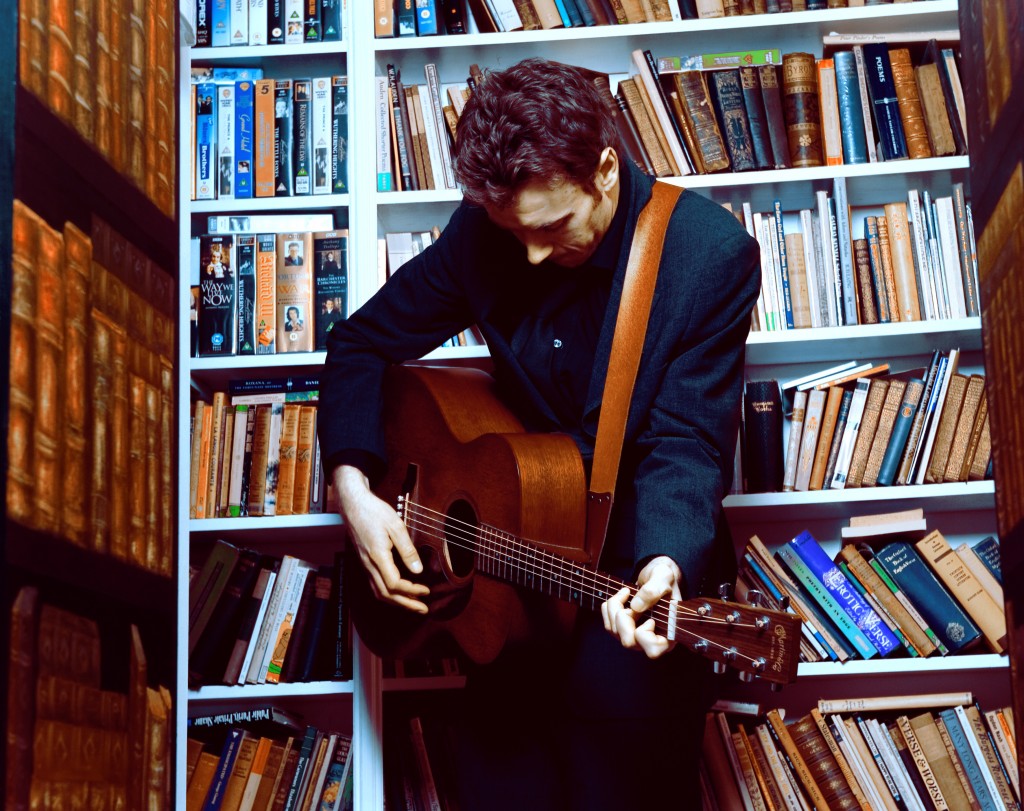 It happened quick, our car left the road. I felt my legs, my body, my bones. I was okay. I turned to my friend, he was quiet and stunned but after a few moments he said that he was okay too. I could hear sirens. I got out and saw the other car stopped in the middle of the road, facing the wrong direction. All the other traffic had come to a stop, or maybe it was slowly passing around the scene. It felt somehow like it was under control. The driver of the other car was an elderly man, he was still in the driver’s seat and there were people around him, talking with him, checking he was okay. “What happened?” he said, and the question hung in the air. I wasn’t sure myself. The fog was thick, and the man was trying to get across a busy dual carriageway. It was not a good night for driving.

Thankfully, nobody was badly hurt. My friend’s car was a write-off but no humans were harmed. In the back of our car I had an electric piano and an acoustic guitar. The guitar was a Martin, made from mahogany, and was a 21st Birthday gift from my girlfriend, family and friends. I fished the guitar out of the back of the car. It was in a gig bag, not a hard case, but it didn’t look to be too damaged. I had the thought that the guitar would still be in tune when I took it out. Standing at the side of the road, feeling strangely optimistic, I unzipped the gig bag. The guitar was not in tune. A big piece of mahogany dropped out onto the road. It was destroyed. I felt myself filling with anger and sadness and was about ready to curse our bad luck and the injustice of the situation, but in almost the same moment, I realised that a broken guitar was something I could live with. We were unhurt and that was the thing that mattered.

An ambulance was there now and the driver of the other car was taken to hospital, but I think he was okay. The medical people asked how we were and we said we were fine, “just a little shocked”. They told us to go to a doctor if we felt any delayed pain. Sometimes the initial adrenaline of these things can mask the pain. 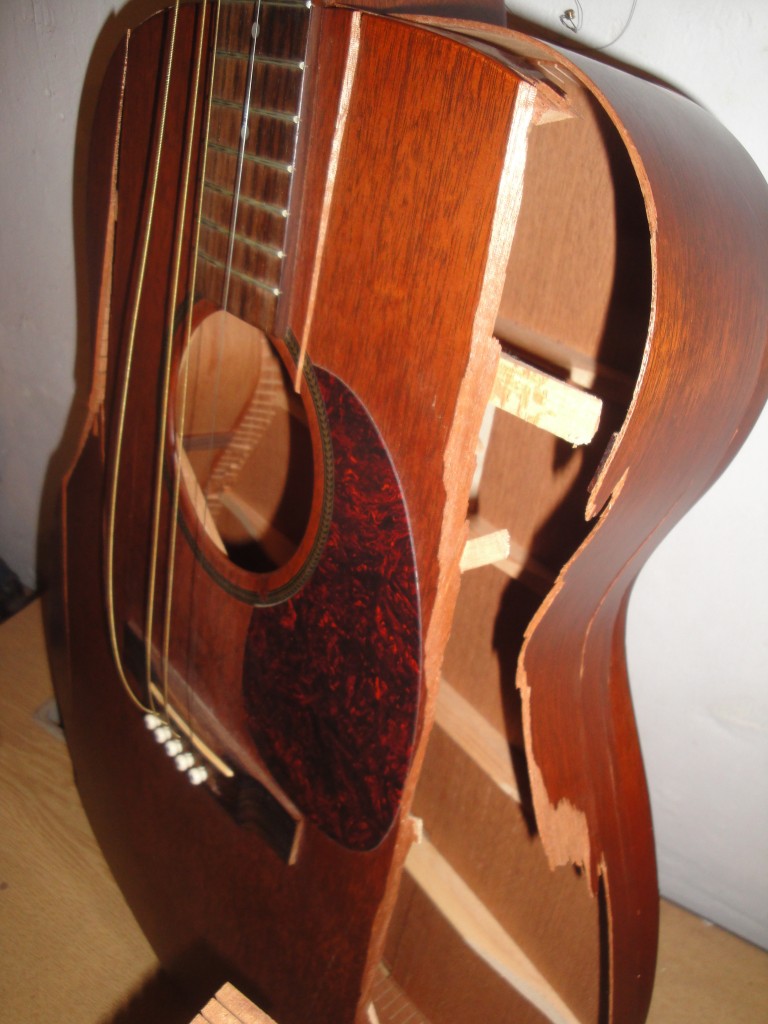 So I had lost a guitar. I had used it on my first two albums and it was sad now, to see it ruined. But every ending has a beginning. A few months after the accident, a little bit of insurance money came through for us. The other driver had been in the wrong so his insurance covered the value of the instruments and of course of my friends car, which hadn’t survived the crash.

I was excited to be on the hunt for a new instrument. I spent a day in Dublin trying out guitars – I had my heart set on another Martin – but I couldn’t find one that really sang to me. A couple of days later I had a call from a friend, who said he knew someone that was selling “a particularly special Martin dreadnought”. The guitar had two previous owners but was in exceptional condition. I got to spend a night with it before committing to buying. 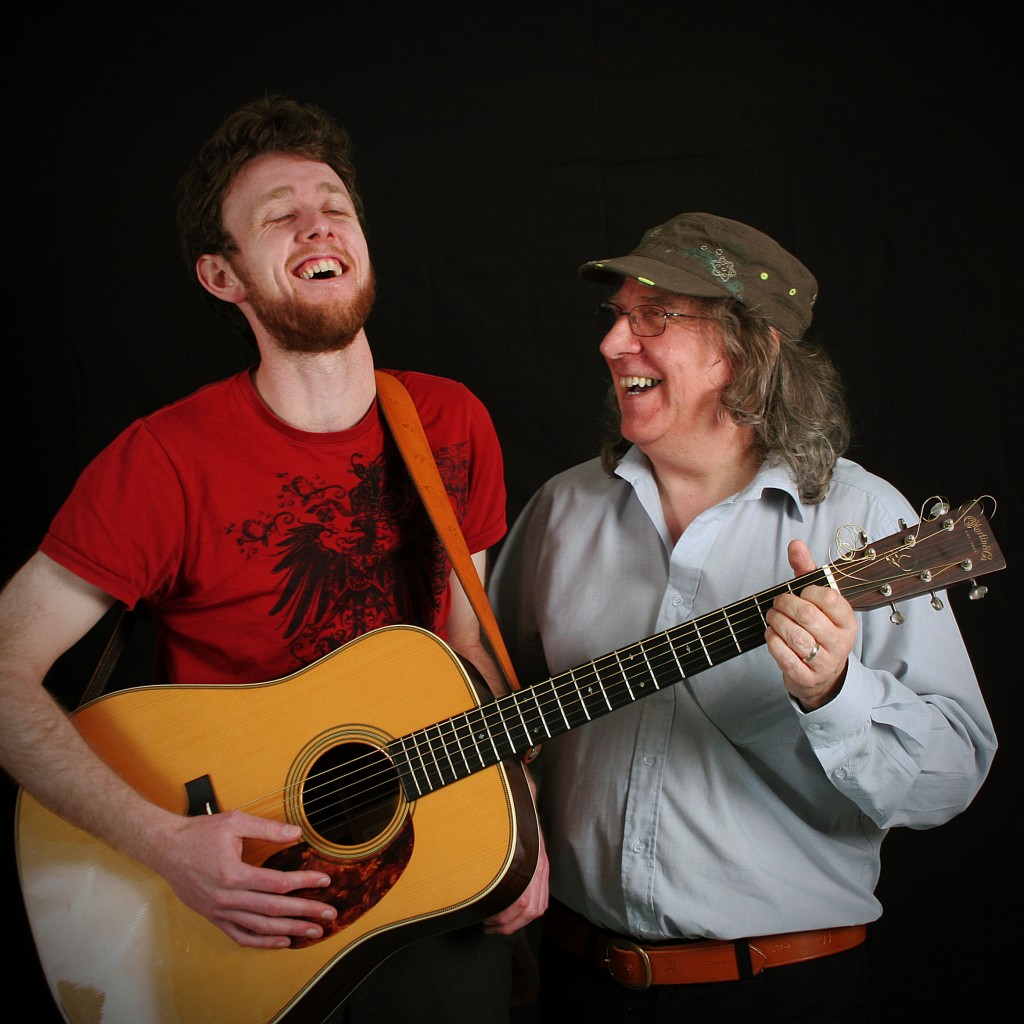 With the late, great, Vinny Baker and new Martin Marquis.
Vinny was an enormous musical influence and he helped me choose both my acoustic guitars.
Photo by Didier Riva

The guitar was a Martin, D28 Marquis model, and it was the nicest guitar I had ever heard. The marquis is built to the same specifications as the pre-war Martins, with a thick neck and thin scalloped bracing inside its Adirondack Spruce body. When I played it I fell in love. It sounded like there were small angels in the wood, quietly singing along with the notes. It was full and rich and I bought it for €2,300. This was an unbelievable price for a guitar of this quality, and I’ve since seen them online for more than €4,000. But the figures don’t matter. This is an instrument that I will keep for life. This guitar was used on every song on my new album “Outlines” and I think I captured the sound of the guitar in those recordings.

As for the car-crash guitar, its mahogany body cracked and smashed, I have a little dream of bringing it back to life. The neck of the guitar survived the crash and some parts of the body were still intact, like the bridge and the scratch plate. A Luthier friend of mine suggested building a new mahogany body for it, and I loved the idea. It seemed very romantic, bringing an instrument back to life! Work is actually at an early stage for this and I hope to gather some money together soon to push it along further. I will keep you posted. 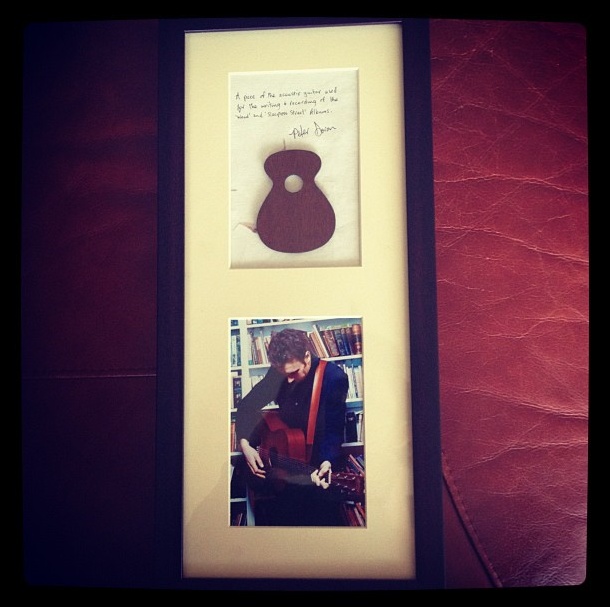 «Exceptional Irish Songwriters: Damien Rice
»A week in Germany
Back

One thought on “The death and life of an acoustic guitar”