It’s a bright morning in Dublin, I’m listening to the new album by Marissa Nadler and drinking Pomegranate Tea. I’ve been awake since 6:55 am. I decided that this month I want to see more early mornings. That’s not very rock and roll but there you have it. It’s only the third day of April but so far I’m doing well. When I wake earlier I tend to get a lot more done in a day. As an indie songwriter, with no one cracking the whip it’s easy enough to have days that you just kind of drift through. I want less days like that.

I haven’t been keeping this website updated enough, not nearly enough. My last post was from November, almost five months ago, not that I’ve been hiding under a rock all that time, I’ve been working on a new record. It’s almost finished. I’ll tell you a little about it in a moment. The thing is, I want to use this site to communicate and share a lot more than I have been. I don’t want to be the musician who only shows his face when there is a new album to sell or a big show to promote. I hate that guy. I’m going to write a lot more on here, at least once a week.  I’ll keep you guys in the loop with musical and life happenings, I will blog. That’s all the rage right? 🙂 Since the beginning of the year I’ve been writing daily anyway, first in notebooks, but for the last two months I’ve been using the website 750words.com every day for keeping a journal / a place to mind – dump. I’m enjoying the habit and would recommend it to anyone.

For those of you who read my newsletter you’ll know that I have been doing some recording for the past few months. This album will be my fourth. It’s quite different to “Overhead the Stars” , quieter and perhaps more humble. Here’s a journal entry form January 2nd that sums it up pretty well: “I’m making a simple record this time out. Focus very much on the vocal and acoustic. I think it’s going to turn out nice though. I feel confident about it. Mostly I just want to get out and tour with this thing. Travel and sing. It’s almost 11pm now, still listening to “puzzle box” here, over and over, mix is starting to sound nice now too. This could work”.

A few months on now, and much closer to completion, I feel the same way about these recordings. They sound warm and they feel real. No theatrics, just microphones (Thanks Steve!!!) and performances, nowhere to hide. Some of the songs are very minimal, acoustic guitar and vocal only. Others are a little more fleshed out. My friends Gerard Toal (cello) , Nicky Brennan (Electric Guitar) and Brian Murphy (Lap Steel & Electric Guitar) have all added their own wonderful stamp to the project. Darren Sweeney played some tasteful and warm Upright Bass on three of the tracks so far and two songs have Tom Osander (ex Damien Rice Band) on drums and percussion.

Apart from Tomo’s drums, which he recorded in Berlin, the rest of the album has been recorded in a small house in Westmeath, my home county. 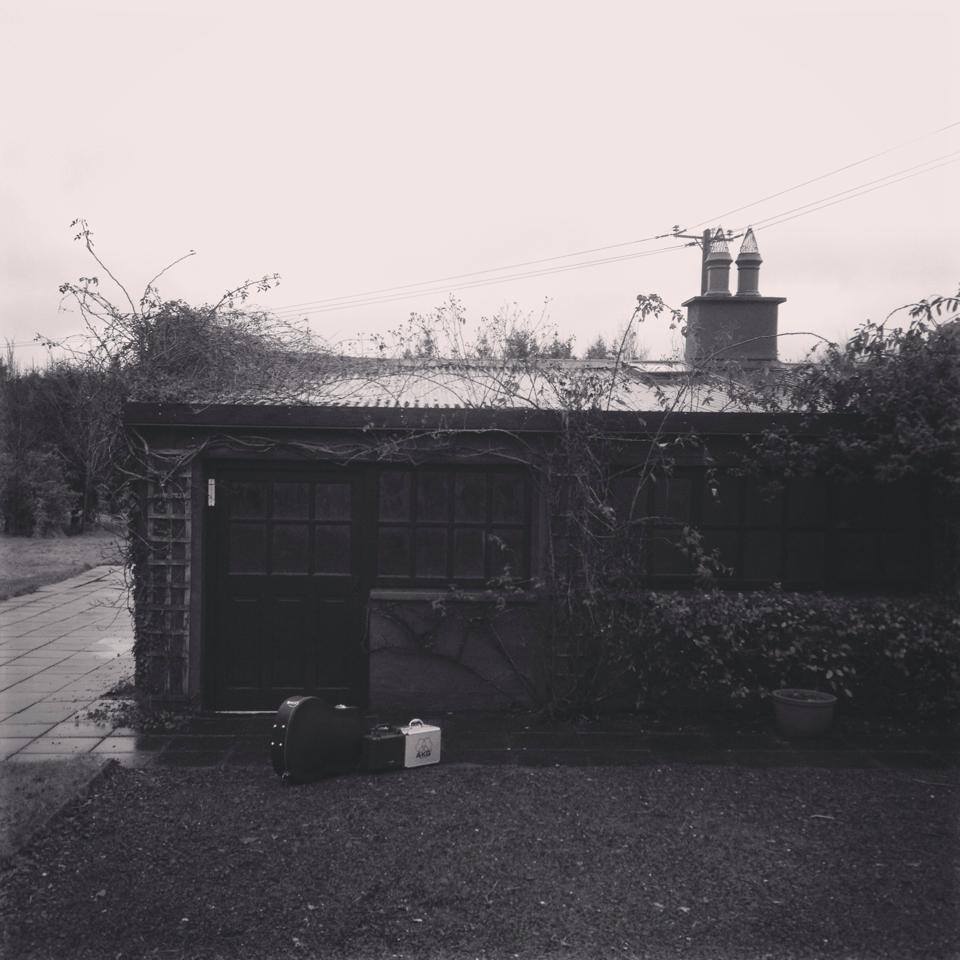 This place belongs to a friend of mine, and is really special to me. I’ve been going there for over ten years now. I’ve used it for demoing and writing many times. It’s right beside a small lake and it’s such a quiet and beautiful place to work.        Click here to watch a video recorded here in 2009 . So yeah, I have history with this place, and it’s been the perfect place to make this album. As it stands, there are still a few bits left to record but it’s almost over the line. I hope to have it finished by the end of April.

After that, the tricky work begins. I’d like for people to hear this album. I believe in it, and it’s my job to get it to the people. So I will tour like a demon. That’s what I love, travelling, singing and meeting new people. I want to a big tour in Ireland in September then onto Holland/Belgium and UK for October. I’ve never been to Germany and would love to work that in too, maybe in November. Aside from touring I’d like to try make a video or two and maybe even get some radio play. All things to work towards and try bring to fruition. In the back of my mind I’m thinking about trying another fund raising campaign like the last one I did through Pledge Music. Possibly, maybe, it’s a big undertaking but it would make things like video-making and PR more achievable. Something to consider for sure. One way or the other, I’ll find a way to get the music to you, the listener.

So that’s the situation for the moment, thanks for taking the time to read this, feel free to leave your comments / thoughts or questions below.

I’ll be in touch more regularly from now on,