I was chatting with a friend recently, let’s call him Brian – because that’s his name – we were listening to my soon-to-be-released album “Outlines”. I told him that I was starting to feel a bit stressed out about what to do next. The recording process had been so natural, organic and peaceful the whole way through, but now that the record was done I was starting to feel overwhelmed about next steps. It’s a fear response I suppose. As a musician, you feel, you hope, that you’ve got the music-making side of things covered to the best of your ability. But when your art is ready, when the work is done and it’s time to ship, it’s easy to get panicked, nervous, wooly-minded.

There is lots  I need to figure out and execute in the coming months:  Album Cover Art, music videos, photos, press releases, tour schedules, PR Campaigns, release dates, song registrations, rehearsals yada yada yada. This is all just part of being an indie musician, but last week it was getting to me. I was freaking out about the whole enterprise.  My friend Brian, who is no stranger to juggling multiple musical projects/bands and even instruments, said something that calmed me down nicely:

“It’s okay. You’re a diver in the Olympics. Right now You’re standing at the edge of the diving board… You just need to figure out what moves to make on the way down.”

This eased my mind. I had made it to the Olympics after all, how bad could it be?

Traditionally at this point, a musician would hand over their finished album to the record label and let them figure out how to get it to the world. But for many artists these days, you’ve got to figure out a lot of that stuff on your own. I suppose for me, the fear comes from worrying that I won’t be able to do a great job of bringing the work to the world. Because of this fear, this resistance, It’s not uncommon for indie artists to wait… and wait…. and wait…. to put out their work. They choose to wait for a better time to release, or for someone more intelligent to come along and help them put it out. I don’t think I can do that.  I need to move on songs and records when they’re fresh. With any luck there will be a whole other bunch of songs two years from now.

So I’m going to fill out the next few months with live performances, new videos, blog updates and of course the album release. I might keep an open eye for cool indie labels / bookers / manager etc too … It’s one big process really, and I aim to enjoy it.

Thanks as always for reading. 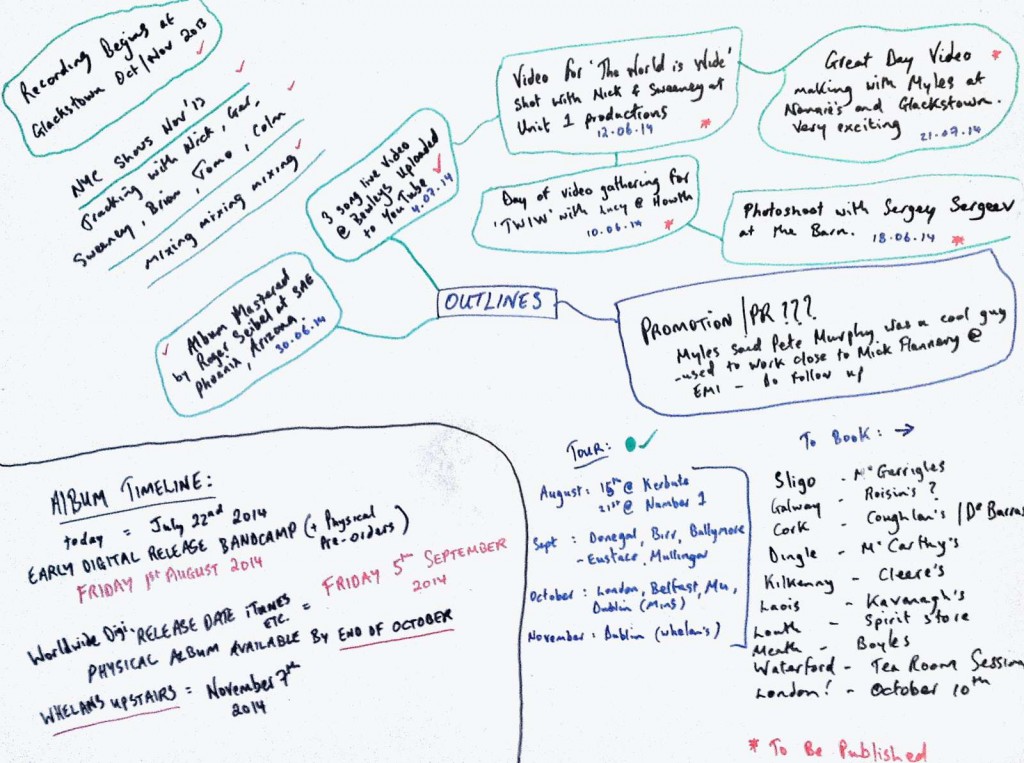 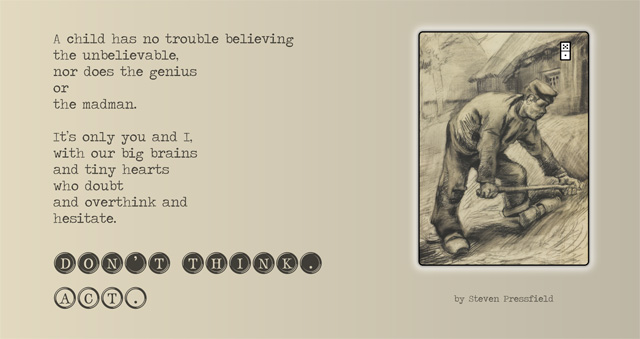 Check out Steven Pressfield for some great insight into the creative process.