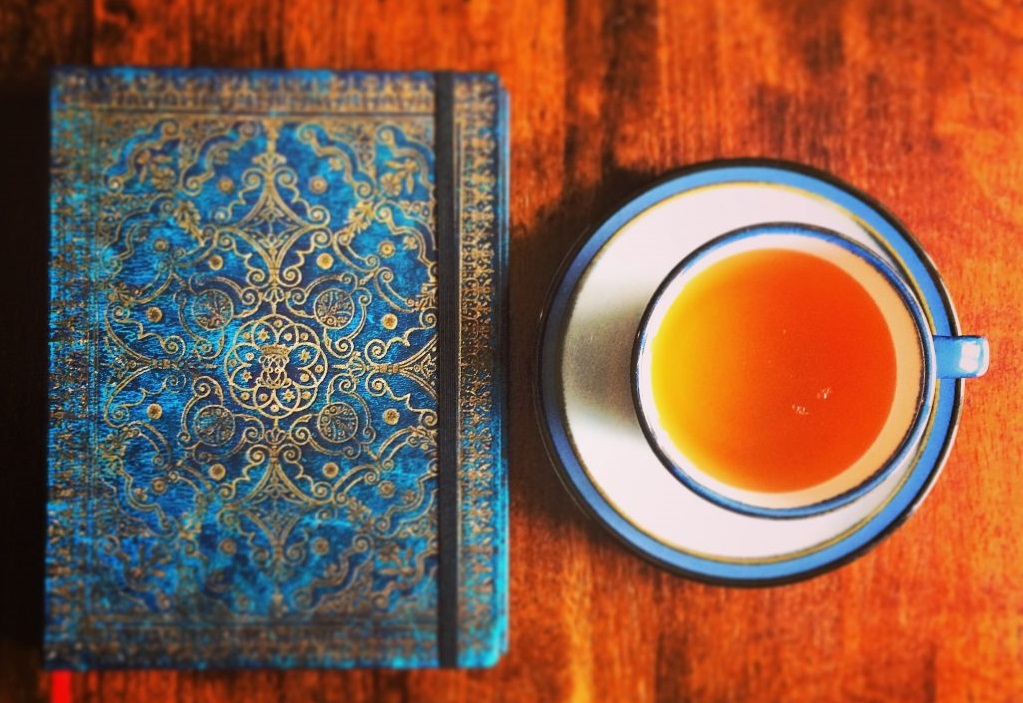 I write every day. I write digitally and in a physical notebook. I write to keep track of thoughts & events, conversations & dreams. I write so I don’t forget. I write to help process things. I write to wake  up. As far as habits go I think it’s a good one. It’s another form of documenting, just in the same way as a song is, or a movie is, or a poem is.  This little Journal Romance has been blossoming now for almost two years. Long may it continue. The following entry is from one year ago and was written in a period of creativity and excitement right before the release of “Outlines“.

It is a grey day, not pretty, windy, not inspiring. But it is a day all the same and I will be thankful to have it before me. For some reason I woke up pretty early this morning, before 7am. It was still quite dark then – these days are getting darker and darker – but I felt strangely awake for such an early hour.

Awake enough to get up and stay up. My energy was pretty good so I figured I’d just get up and go. I was waiting for tiredness to hit me in a wave but it didn’t really. So I stayed up. I’m wearing pyjama bottoms and a hoodie but I am undoubtedly awake. Therese got up around the same time but we’ve managed to stay out of each others ways successfully this morning. She needed to prepare for her working day and I for mine. I took ten minutes on a chair with the headspace app and did my little corner of meditation. It was nice. That app, though good, is quite expensive. Silly expensive actually. You have to subscribe to it on a monthly basis. I just can’t afford that at the moment, and to be fair monks have been meditating for centuries without it and they’ve managed okay. There is another app called calm which is supposed to be quite good.

Yes I am strangely awake for such an early hour. I like it. I wonder why it is, why do I feel more human than I normally would at this point? Is it the increased exercise perhaps? We drank no wine this weekend, we drank very little. Perhaps this has some hand in it. It’s a good feeling anyway. Things in life and music all seem surprisingly positive right now. Maybe more so than ever. I’m feeling encouraged about musical developments for the first time in some time. Things seem to be working. It’s hard to explain, but there are many encouraging signs of people reacting well to these new songs at this moment in time. Small wins, little fires being lit here there and everywhere. Nothing huge or anything but enough that a keen observer like myself would notice. The feedback to Myles’ video has been overwhelmingly positive (*I must compile a full list of kind words that people have said about the film) – The fact that the film got made is so important I think, it will give people something really strong and emotional to catch on to. It, like the music should, will move people. That’s the most important thing about all of this art, and it is art, is to move other people and bring them value. That’s the overarching mission of the whole enterprise. So yes, the video, amazing.

Yesterday I spent the second part of the afternoon with John and Lucy over at their new office, a huge warehouse-come-office filled with movie equipment and memorabilia. It’s a good place for them to have to work out of. I love those guys so much. Two heroes. the video (-The World is Wide) is really coming together now. Starting to make more sense and flow better. We’ve also added a frog and some fish! I spotted a shot yesterday that was incredibly pretty of the two boys walking away on the tracks, I said “that has to go in”, John agreed that it was an “iconic” image and we got it in as the very closing shot of the film. It looks mega. It’s so amazing to have people of this level of skill put in so much time and love into a project.. I am a lucky boy. but it’s cool because it’s another symptom of people reacting to the work and wanting to be part of it. That means, I hope, that the work is good. It’s not just that we’re friends and Lucy likes me, and wants to help ME out. No no no. She heard that song and saw the film in her head, it was a reaction to the work that did it, it drew her in – this is the best thing any creator can hope for from their work. That it seduces and draws people in.

Encouraging signs a plenty. The little wins are rolling in and it’s very encouraging. These are what you can build on, these little bursts are fuel for your jet-pack. A kind word, a good show turn out, a great rehearsal, a beautiful video – it all serves to keep you going, and buy you time and allow you to believe that yes you’re on the correct path and maybe the path can be sustainable. Maybe you’re not just a total hobo skunking along banging your guitar in your own art-world, far away from the world. In this “Outlines” period I feel more and more that I’m part of something and people are getting on board. It’s a good feeling.

Yesterday I had an email from Pete Murphy, the PR dude I’ve been in touch with for a while. He’s been busy so it took him time to get to sit and listen to the record. I had hoped he would like it, but of course you fear that he’ll come back with a response like “Sorry, nice songs but I don’t think there’s anything I can do to help on this project – nothing for radio on here” or like in Inside Llewyn Davis “I don’t hear a lot of money here”. But instead he wrote a lovely short message “Wonderful, wonderful album. Where are you based? Can we meet for coffee/pint soon?”. So simple but so encouraging. here’s someone who is actually in the business of music, whose job it is to try and help artists / projects resonate on a bigger scale, actually really liking the record. Another little win. Of course I will follow up and we will meet and hopefully make a good plan.

I’m actually listening to the record now, for the first time in a week or two. It’s a damn fine record. The best so far and I’m so happy that we took the path we did with it. It’s exciting. It pleases me greatly. Fuel for the jet-pack. It encourages me to keep travelling along as I’m doing. I’m happy that I’m finally getting some good daily practises under my belt too. This writing every day helps I think, to focus and settle the mind. Evernote helps, running helps, sleeping helps, reading helps, friends help, love helps. Good habits. The daily practise. There’s a lot to be said for it. I hope I can keep going with a good healthy approach to life and work. I’ve slumped in the past, I have let days kick the shit out of me. No more please and thank you.

The one thing I’m neglecting now though, strangely enough is songwriting. There is so much other activity going on around the new songs that my writing muscle is being neglected slightly. I need to work a bit more creative time into the day here and there. No problem Sir. Would be a shame to finally do something have decent and in the process forget how to write. hahahah. Best to avoid a situation like that.

John Steinbeck’s Working Journal for “The Grapes of Wrath”.