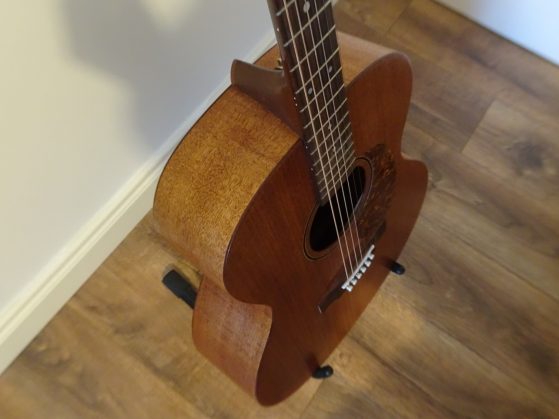 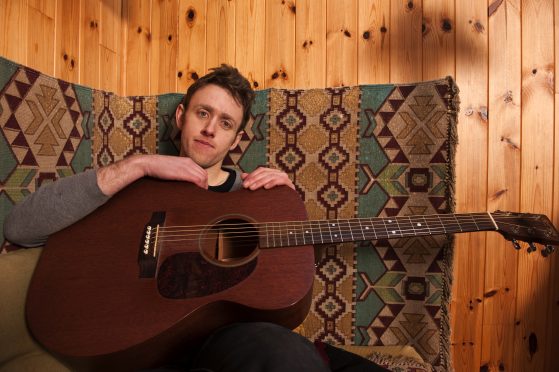 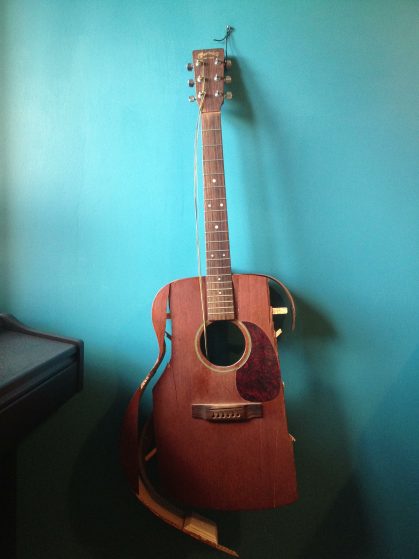 Somewhere, about halfway between then and now, the idea was formed to build a new body for the guitar and to bring it back to life. Only the body had been destroyed in the crash. Everything below the neck was lost. The idea was to build a new body – front, back, sides – from the same type of wood, and then hook it up to the original neck, and Boom – Your guitar breathes again. 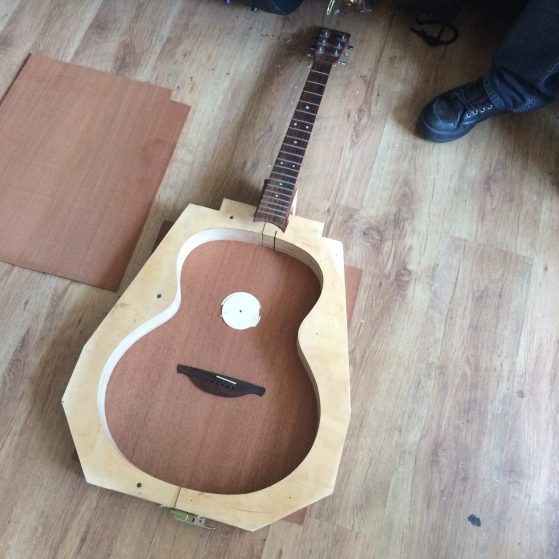 All the wooden parts… 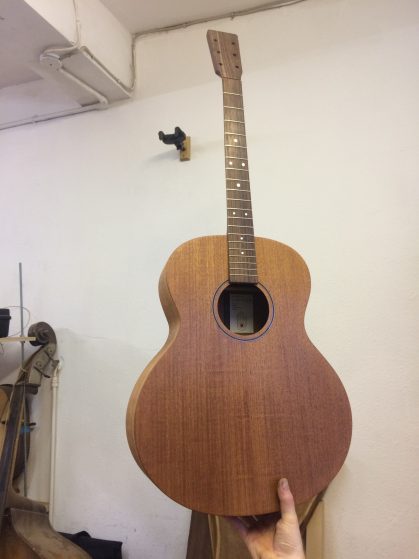 It’s taken a little longer than planned, but last week I collected the new guitar from Dublin-based Luthier Frank Tate. I always knew it would be a cool story and a fun project but I was floored by how good it sounds and plays. Frank tells me that the wood was salvaged from a Church (front) and a Ship Yard (Back). He assured me these are very much Luthier cliches, but I enjoyed the added depth to the history. To think that people would have knelt and prayed at this wood in a past life is a pretty cool thought. During the build, Frank started referring to the new guitar as “Lazarus”, the Biblical character that Jesus restored to life four days after his death. The name has stuck.
The guitar feels familiar yet new and I am excited to write some songs with it and play some shows. 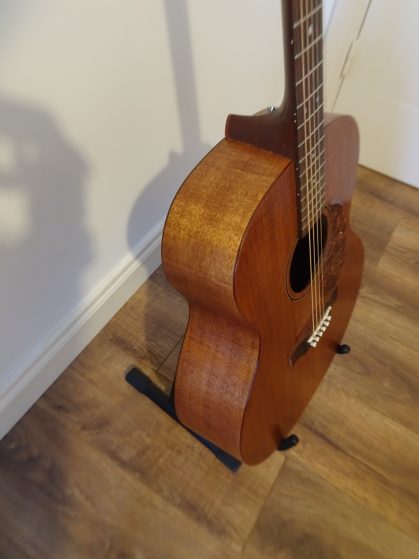 For now though, I’ve made a little home video for David Bowie’s song “Lazarus”, from “Black Star”, his final recorded, released earlier this year.