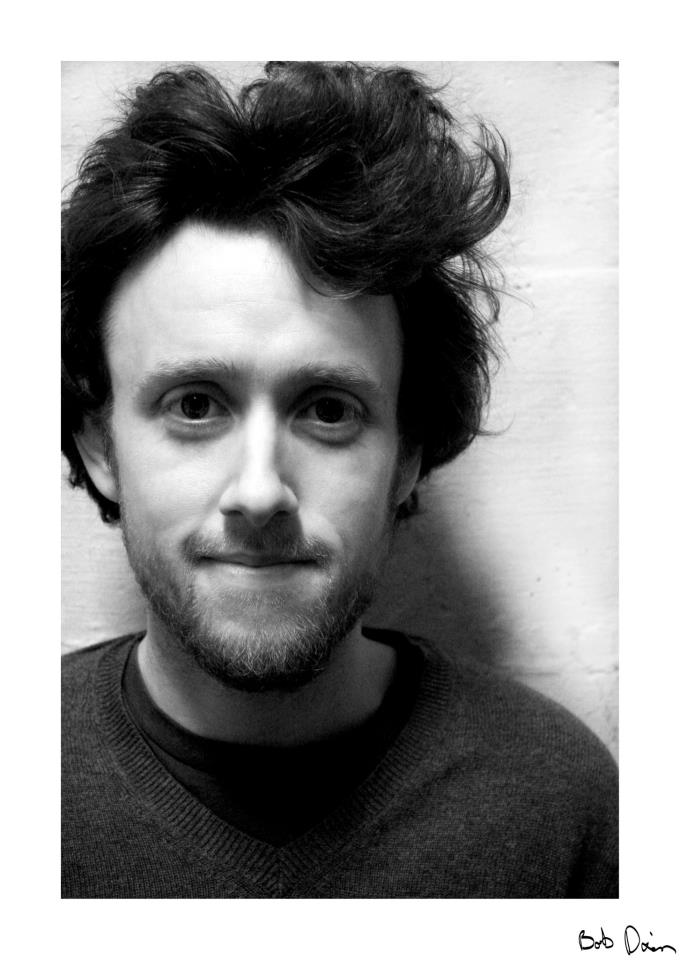 As I get close to finishing my fourth studio album I find myself thinking a lot about my first. I released “Wood” in 2006, I was twenty two. As I wrote in the last post, the album that I’m working on now has been recorded in a place that I have a history with. It was in this small house in the country that I made some of my first recordings; we started recording “Wood” there around 2004. My thoughts go back to that time now.  I think about who I was then and what was important to me at the that time. I wonder how much my thinking on music and life has changed in eight years. It’s not an enormous amount of time but it’s long enough. 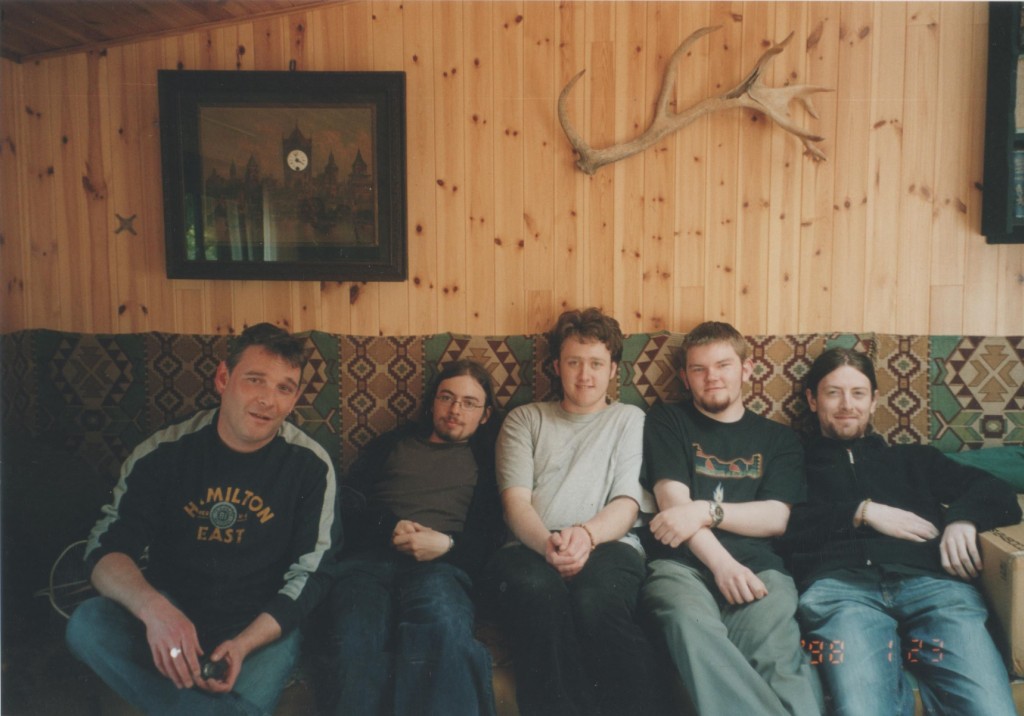 After starting the “Wood” recordings at the lake house with only okay results we ended up switching to a proper studio and starting from scratch. The studio was owned by my great friend and mentor Vinny Baker. Vinny was an absolutely huge influence on me  as I grew up and put me onto all sorts of great music. I sneaked into bars as a teenager to watch him and listen to him play. I watched him, mesmerized, and knew beyond doubt that this is what I wanted to do: Music. Last Summer, Vinny passed away suddenly and without any kind of warning. I still can’t believe it. He was one of the greatest people I’ve ever known. I miss him hugely. Vinny gave untold amount of time free of charge during the “Wood” sessions. He had just opened up his new studio and was happy to get time to know his equipment and the sound of the room. We were both learning at that point. On top of all that he even played guitar on a couple of tunes, including a blistering guitar solo on “Loose”. Dedicated guitar solos are something of a rarity on my records, but you’ll find a good one there. 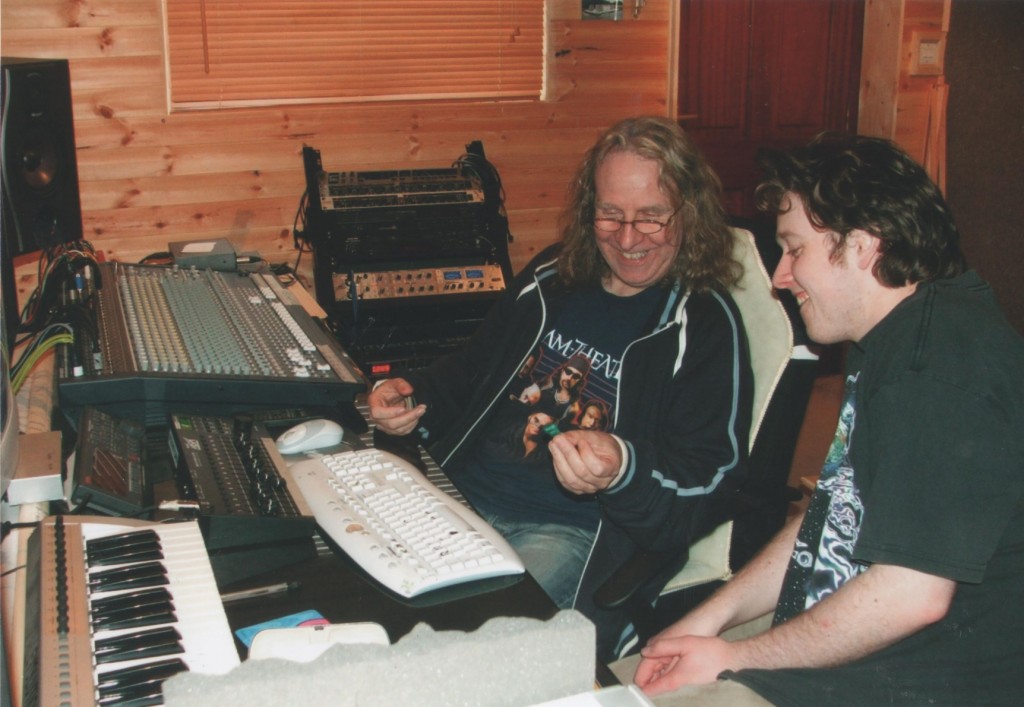 His son Gary, another of my closest friends provided the cover art for the album and did all the work for the booklet. The cover shot was taken in Badami in India. I fell in love with it the first time I saw it and Gary was kind enough to let me use it. 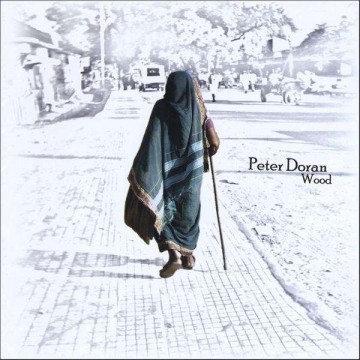 When I think about Vinny I can’t help but think of Cani. Wow, this post is sadder than I wanted it to be, but the mind goes where it will. Cani also passed away shockingly and suddenly at Christmas time, 2011. He played bass guitar on “Wood” and also on my second album “Sleepless Street”. He was older than me and the rest of the guys in the band but I had known him almost all my life. He grew up on the same street as my Mother and both families knew each other very well. He was a funny guy, bursting with stories, always a cheeky smile. He loved music deeply and was one hell of a musician. I think of him often. 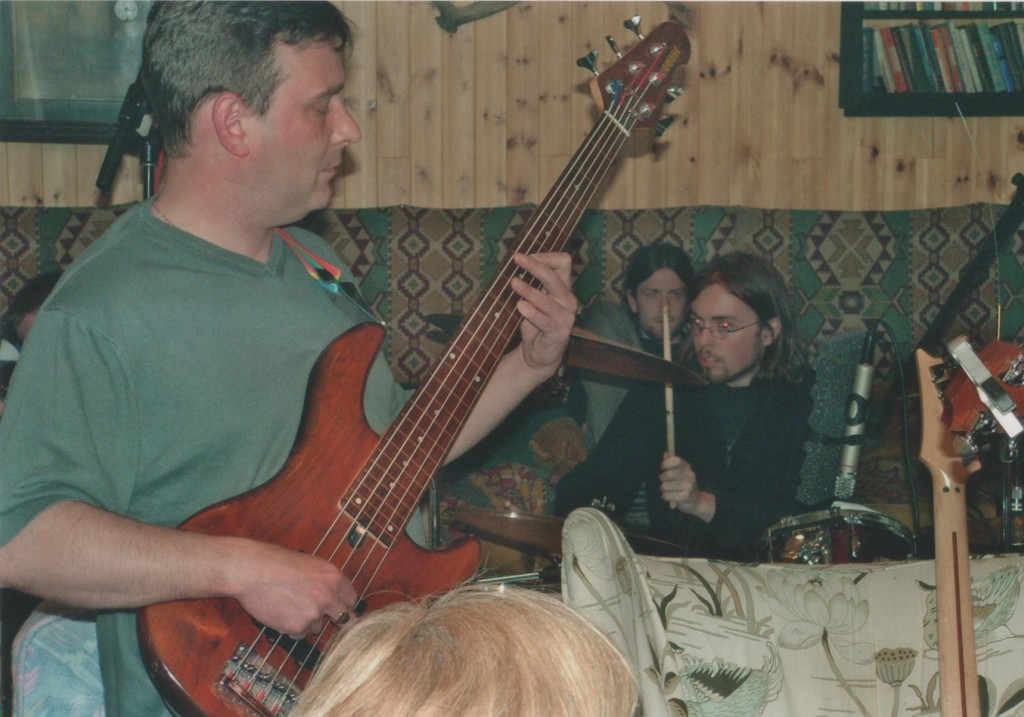 Cani and Barry recording at the Lake House. Gerard looks on.

They were great days making that record. This was my first time putting an album into the world. These were my songs and my friends playing on them. It was an exciting time and I had big dreams. I listen back now (these things last forever) and I’m proud of what we did. There was a time when I didn’t like listening to the album, I don’t much like the sound of my voice on those recordings, but that’s okay. It’s a beginning. It’s important to begin. I don’t want to think much about how my writing has changed since then, that’s not for me to say really. It’s a process business being a musician. Bob Dylan said once “An artist has to be careful never to arrive at a place where he thinks he’s at somewhere, you must be in a constant state of becoming”. I love that. I think Glen Hansard said something along the lines of “Do your work, do it better each time and keep going”. I think these are important things to remember. I try to take them to heart. 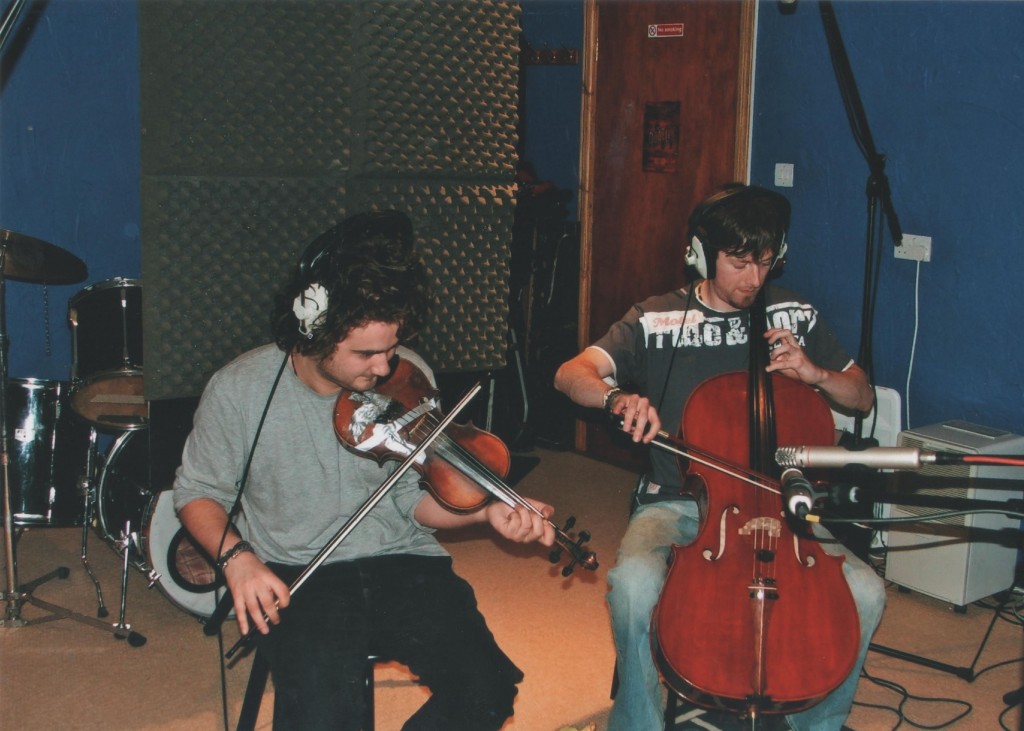 It’s hard work putting an album out into the world. I didn’t understand just how difficult it would be when I put out “Wood”. I had huge hopes for that album and threw everything I could into making it work. It was like my first child, I had to take good care of it. I decided there should be a special edition of the album, something unique and exciting, to show the world I meant business. The album was to be called “Wood” so I figured why not make a limited edition version housed in wood casing? After some research and a bit of luck I tracked down a company called K.G. Emporium in India and they agreed to produce the cases for me. They used beautiful Indian Walnut for the boxes. Each one handmade, with my name and the “Bird Logo” carved into the front. They took months to make and I remember the excitement of emails and phone calls to the factory, followed by the long wait for them to cross the ocean. In truth they are probably overkill for album packaging, certainly so for a first album from an indie artist. But I have no regrets, it was an idea that was seen through to execution and that’s something to be proud of. 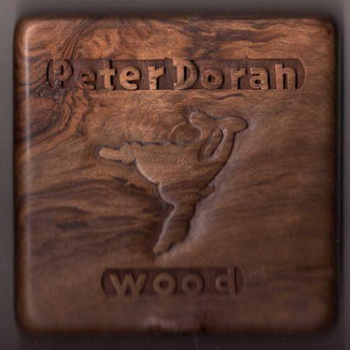 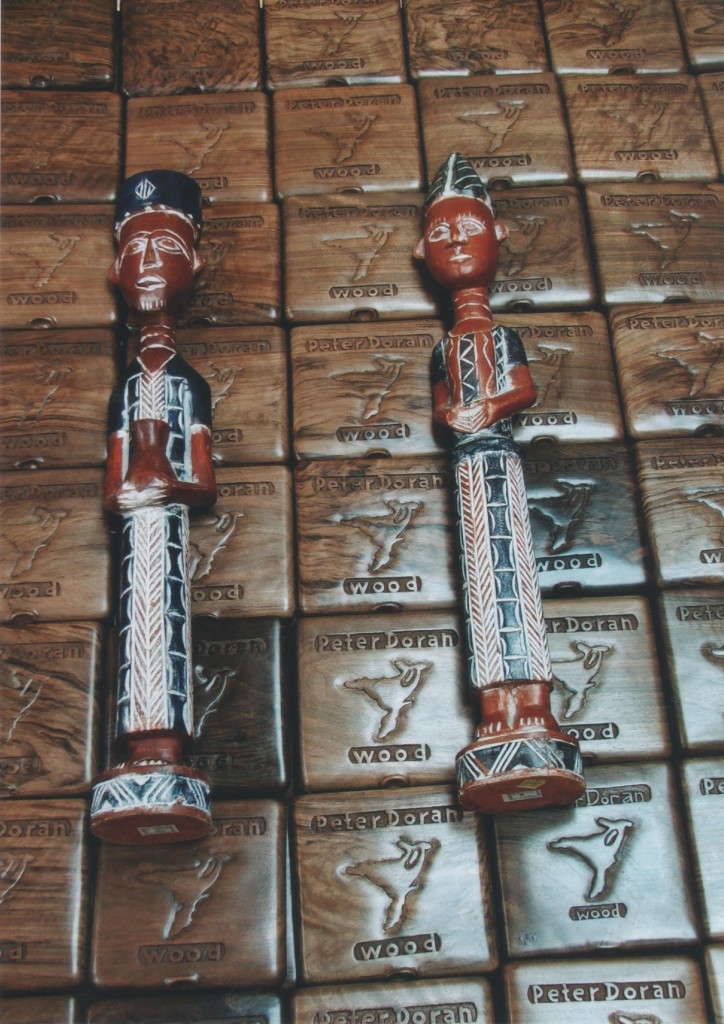 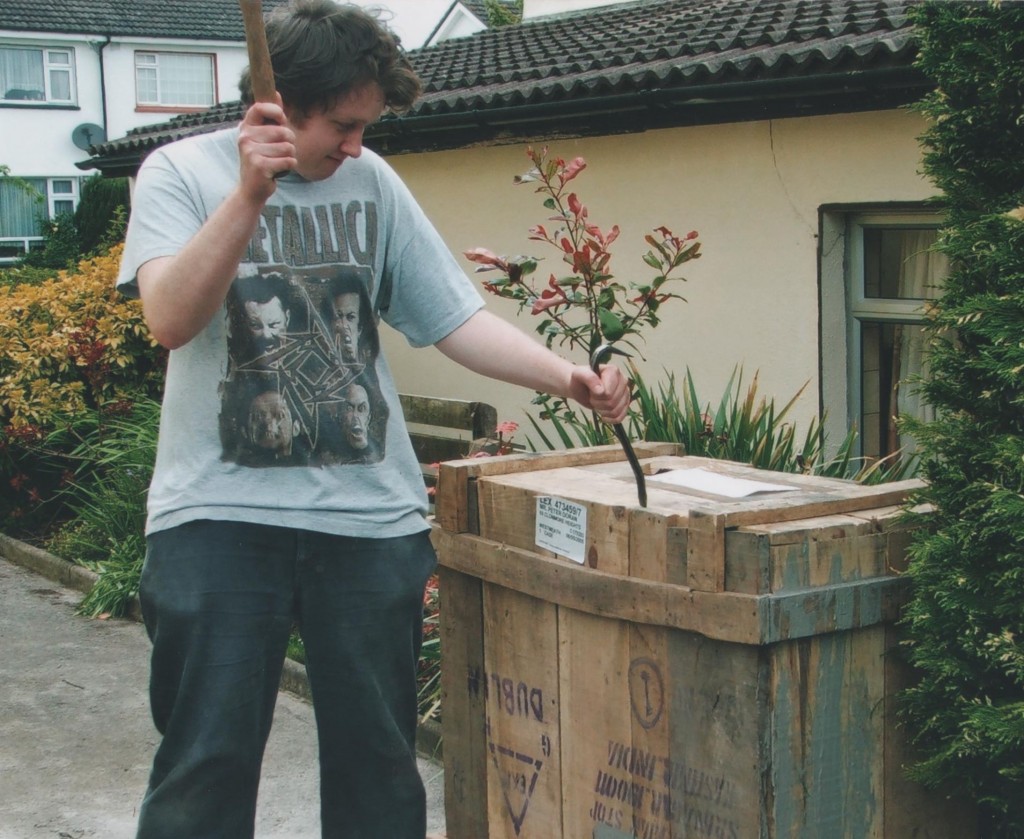 They made 500 boxes and I’ve still got about 200 left I think. They were expensive as hell to make and thus expensive to sell. But they’ll be collectors items some day I’m sure. Selling for thousands of euro to hardcore fans. A musician can dream right?… Oh, on top of that I printed up 3,000 standard editions, just in case… (Did I mention it’s hard to sell records?) Someone should have warned me 😉

But it’s all a learning process, like all of life. Every day’s a school day. We did a lot right with that album. Just getting it made was a victory. We did some nice shows and got some decent reviews. It was my first proper commitment to a love affair with song.

So we released the album, played a cool show at the Sugar Club in Dublin and a string of other shows around the country. When that was done I didn’t really know where to turn next. I still had stacks of albums in the shed and no more shows to play. It felt horrible. It felt like failure. I don’t know what I was hoping for but it wasn’t that. I though there’d be a better reaction, festival slots, TV appearances, screaming fans, media hysteria. These are all the things you think will come easily to you when you’re young. When they didn’t come I felt like all I had done was waste people’s time and money. I didn’t want to write a damn song or even touch a guitar, never mind play a show. It’s strange thinking about this now, and writing about it. But it’s true.

“We’ve all been raised on television to believe that one day we’d all be millionaires, and movie gods, and rock stars. But we won’t. And we’re slowly learning that fact. And we’re very, very pissed off.”
― Chuck Palahniuk, Fight Club 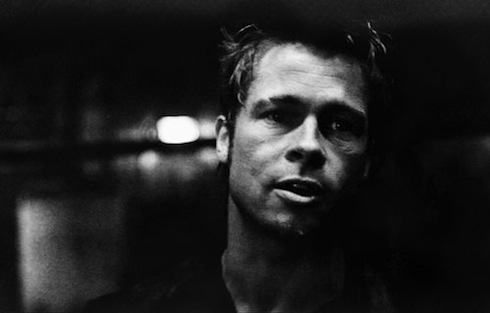 You can not talk about Fight Club.

THIS IS YOUR BECOMING

But, experiences like this are your becoming. They shape you and your mind. They make you more humble. Now eight years and almost three albums later I don’t think so much about these things. I think about the songs, and the mood. The work. More importantly I think that it’s only of any use if other people get some joy from it. Once I’ve written and recorded a song I can’t really ask much more of it. It’s my job then to get it to the people and hope that it moves them in some way, or brings some small joy. That’s important to me.

I hope I achieved a little of this with the “Wood” record and I hope I can do some more with the next album. I can’t wait to share it with you all and go tour like a mad yoke.

Speak soon, and thanks for reading!

9 thoughts on “Zen & the art of album making”